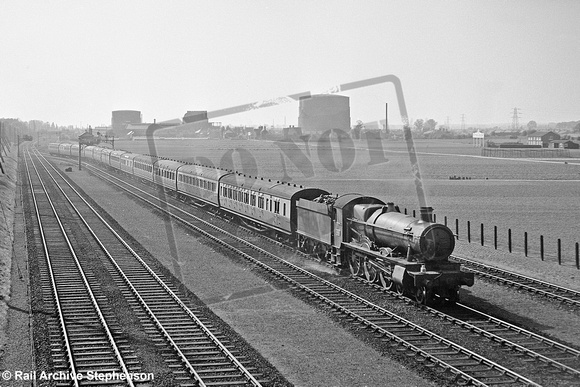 GWR Hall No 4945 Milligan Hall with an up express on 5th May 1940, the train is passing from the Up Main to the Up Relief (the GWR designated their lines "Main" and "Relief" rather than "Fast" and "Slow") at Dolphin Junction, just east of Slough. This was the site of the accident which occurred on 2 July 1941 when an Up passenger train, carrying out an identical move to the one depicted, was run into by a freight train travelling along the Down Relief line as a result of contravention of the block regulations by the signalman at Dolphin. Slough with an up express on 5th May 1940.