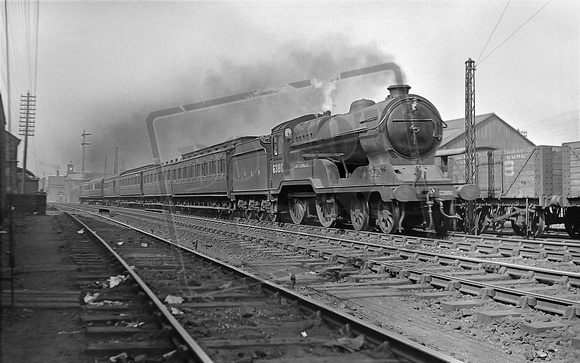 Passing Edinburgh's St. Margaret's MPD in August 1937, 'Lord Glenallan' is hauling an interestingly diverse set of coaches. The LNER's building of more 'D11s' in 1924 showed that Gresley was not averse to proliferating a good design by another engineer. In this case, George Robinson of the Great Central Railway. William, Earl of Glenallan is a character in Sir Walter Scott's 1816 novel The Antiquary. His life has been ruined by the suicide of his wife and the belief that he has unwittingly committed incest. Crikey!