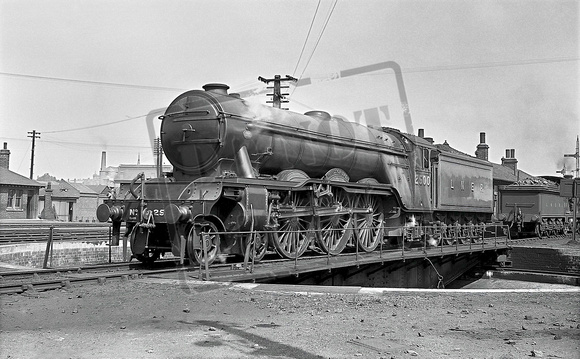 Sitting on the turntable at Edinburgh's Haymarket MPD in August 1938, 'Windsor Lad' looks every bit the thoroughbred after which she is named. 'Windsor Lad' (1931-1943) was a thoroughbred racehorse. In 1934 he won both The Derby and the St Leger in record time. In 1935, he won the Coronation Cup and the Eclipse Stakes before his career was ended by injury.