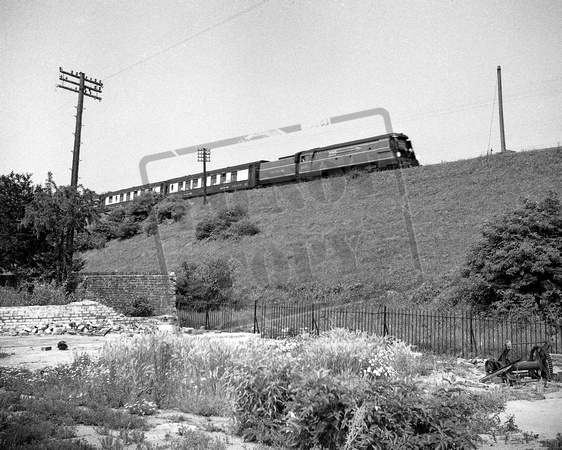 On the Golden Arrow. Not yet named and number ends in 7 if that helps identify it.

Alan Goodwin says " I think this is 21C157 , between Folkestone Central and Foord viaduct. Oddly it is carrying discs for London Bridge to Dover via Maidstone East. "

It fits perfectly on old maps and is just to the East of Folkestone Central station where the line is on a high embankment. It was taken in the former builders yard on Foord Road.

Biggin Hill was built in March 1947, but named on 24/2/48, this is clearly summer so 1947.
Powered by ZENFOLIO User Agreement
Cancel
Continue