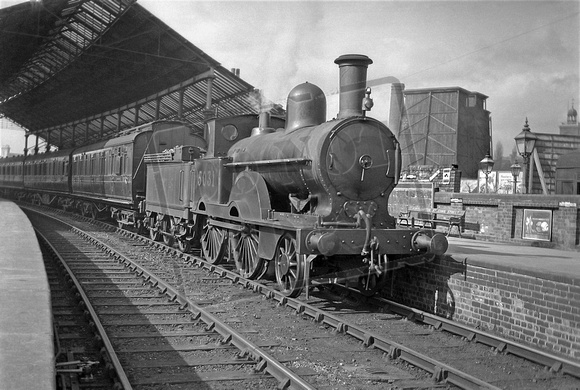 Ex-London & North Western Railway Webb 'Improved Precedent' class 2-4-0 No. 5031 'Hardwicke'. Built at Crewe in August 1873 as L&NWR No. 790, withdrawn in January 1932 and preserved. Seen in March 1931 at the former Midland Railway's St. John Street terminus in Northampton. This station was closed as an 'economy measure' in July 1939 by the LMS never to reopen. It was fortunate that 'Hardwicke' was captured on film by Les in this long lost location.