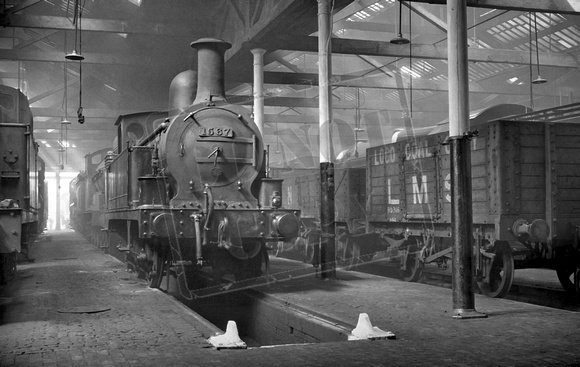 Ex-North Staffordshire Railway Longbottom 'D' (LMS '2F') class 0-6-0 Tank No. 1567. Built at Stoke in November 1886 as NSR No. 126 and withdrawn in September 1937. As a minor contributor to the LMS fleet, the North Staffordshire Railway's locomotives were rapidly withdrawn, few surviving the 1930s. Seen in the gloomy, though tidy interior of Crewe North MPD, 1567 did return home as it was seen working at Stoke-on-Trent in March 1937 but it was scrapped at Crewe in September of that year.