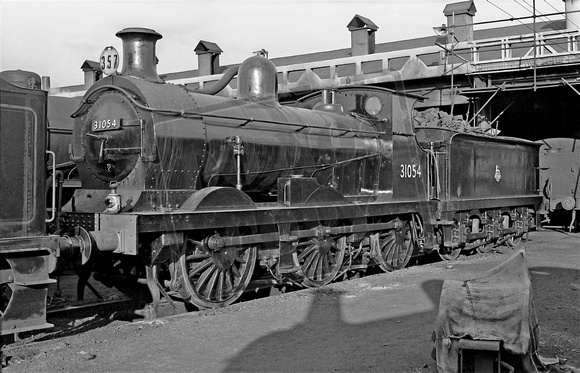 Fresh from overhaul and featuring the shorter chimney as fitted by the Southern Railway, 31054 sits glistening ouside Ashford MPD in August 1954. Primarily designed as a freight engine, 109 'Cs' were built between 1900 and 1908. They had all been withdrawn by 1967 and just one has been preserved (ex-BR 31592) at the Bluebell Railway in the full glory of SE&CR livery.