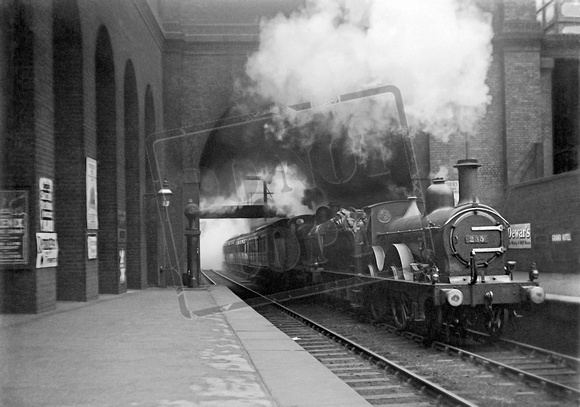 This location was completely unknown to me for several years until I stumbled upon another photograph taken from the same viewpoint. The MR's Five Ways Station was built in 1885 but closed in 1944 as a WW2 economy measure. It re-opened after hostilities ceased but was closed again by BR in 1950. Remarkably, it was again re-opened in modernised form in 1978 and now has over one million "entries and exits", as denoted by ticket sales! It just goes to show...

The Midlands' line to their Birmingham Central Good depot was immediately to the right of the wall beyond the water tower rising to a high level by this (New Street) end of the station.