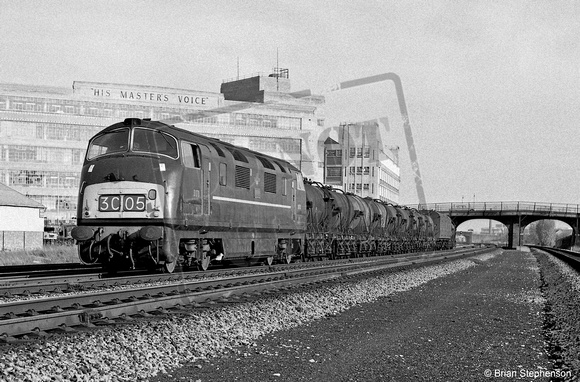 
David J. Hayes. comments "A superb period image. The 3C05 service to Plymouth had been amended by October 1968 to depart at 15:10 from Kensington Olympia, which was still part of the WR until its absorption into the LMR in February 1970 (such a working to the West Country would then be regarded as an inter-regional service and given the letter "V" in the headcode to reflect this). "Kenny-O" was a major operating hub (gathering and distribution point) for London's milk traffic before such activity transferred to Acton Yard in the early 1970s. Such workings by then had been re-designated as Class 6 services.