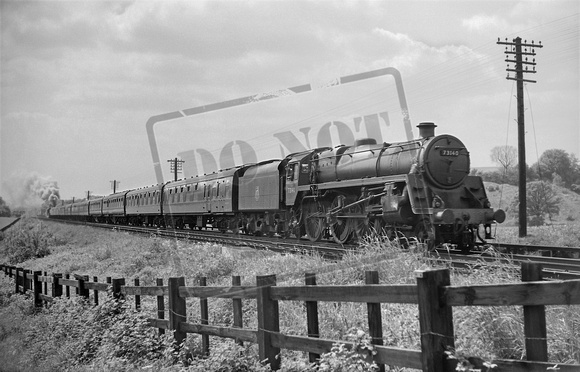 With a gradient of 1 in 37, the famous Lickey Incline in Worcestershire is the steepest sustained (2 miles) incline on any British main line railway. It was opened in September 1840 and was worked with imported American Norris 4-2-0s built in Philadeplhia. 119 years later in May 1959, a BR Riddles 'Caprotti 5' is assisted at the rear of the train by a '9F' and a GWR designed pannier tank.