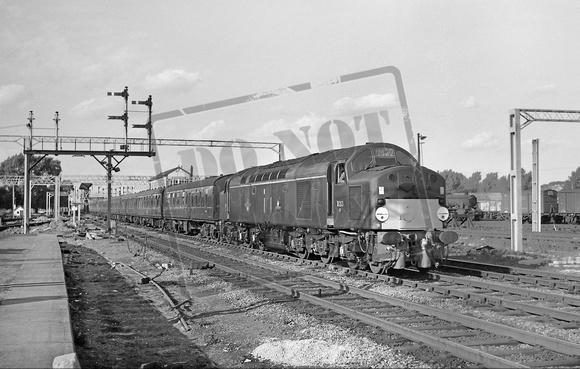 BR 'Class 40' 1Co-Co1 Diesel No. D213 'Andania'. Built by English Electric Vulcan Foundry in June 1959 and withdrawn in Oct. 1984 as TOPS No. 40013 and preserved. Big changes are afoot at Northampton Castle Station in September 1964. Ovrhead catenary masts are being erected and the station is undergoing the first stages of rebuilding. Smartly turned-out 'Andania' heads through with an 'IM22' coded train. D213 was named after RMS Andania, a Cunard Line ocean liner launched in 1921. It was the first of six 14,000-ton 'A' class liners built for the Cunard Line.