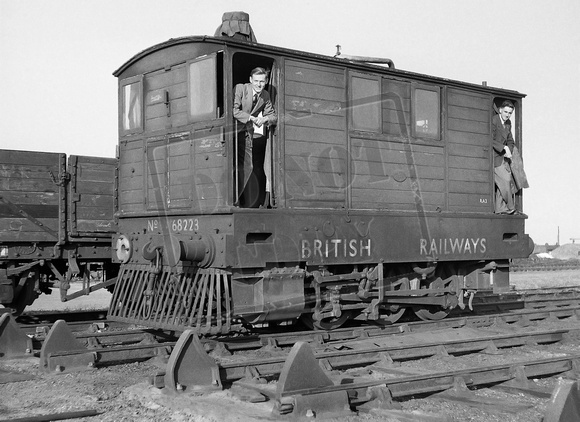 Photographer Ken Widd must have loaned his camera to a friend, that's because it's Ken himself smiling cheerfully (and who wouldn't?) from the front cab of 68223. This scene was taken at March MPD, Cambridgeshire in October 1953. The GER was noted for its unique and highly distinctive 0-4-0 and 0-6-0 'Tram Engines'. Their immortality was ensured by the Rev. Awdry's loveable character 'Toby the Tram Engine' in his childrens books. Note the missing buffer of 69223 in this portrait!