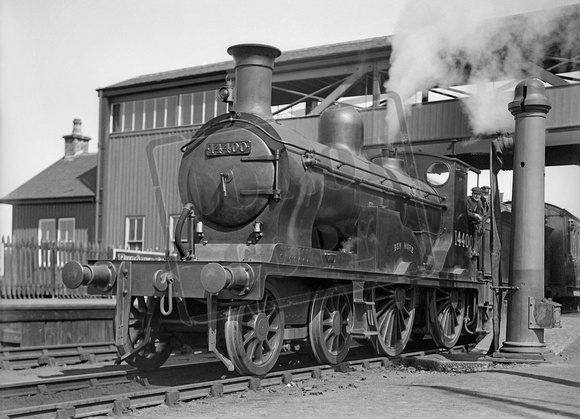 Awaiting departure from Forres in May 1930 with the 14:34 train from Elgin is 'Ben More' with it's cheerful crew posing for prolific and widely traveled photographer, the late Henry C. Casserley.
Twenty 'Small Ben's' were built and but for a particularly small-minded and pedantic decision, the final survivor 'Ben Alder' would now be preserved. I am aware that its chimney still resides somewhere though!