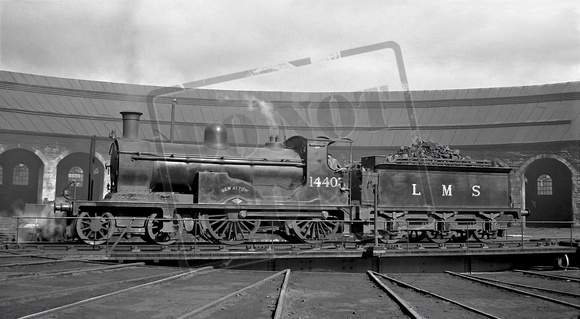 Sitting on the turntable in front of the lovely half roundhouse at Inverness MPD in August 1937 is 'Ben Attow'. Most of these twenty Peter Drummond designed locomotives had long lives, some achieving over 50 years in service. Ben Attow is Scottish gaelic for 'Long Mountain', it rises to 3,386 feet on the border of Inverness-shire and Ross-shire.