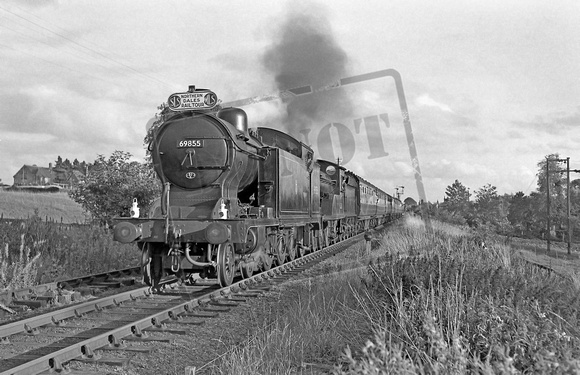 An inspired combination of locos with a strong North Eastern heritage was chosen for the SLS/MLS 'Northern Dales' railtour. Captured near Bedale, North Yorkshire in September 1955 on the Northallerton to Hawes leg, they make an absolutely thrilling sight.