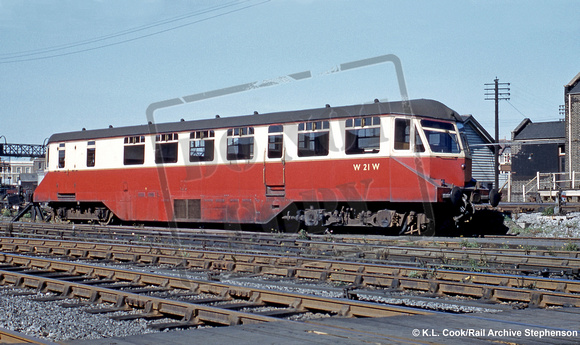 Peter Kerslake says "Although not as attractive in British Railways red and cream livery as when she was resplendent in Great Western brown and cream railcar number 21 is still in service in this view from April of 1960, doubtless still allocated to Southall depot although by June of 1962 she appears to have been moved into new pastures, having been photographed that month working between Monmouth and Chepstow in what was almost certainly her final year in service."