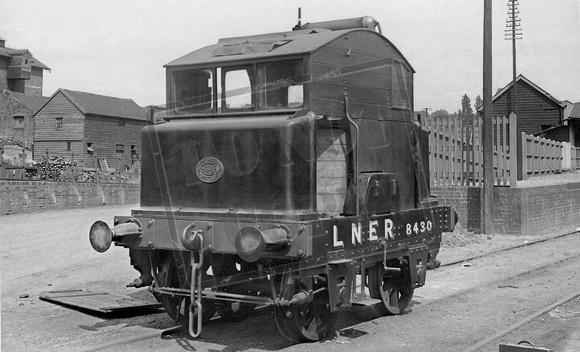 The loco was originally allocated to Lowestoft sleeper works, named Peggy, it was replaced by a sentinel loco and transferred to Brentwood on 17 Sept 1926 to work the goods yard that had a tight pair of sidings and numbered 8430 July 1930. Therefore the photo is taken at Brentwood. It was renumbered 8188 on 21 July 1946 so this narrows down that the photo was taken between 1930 and 1946