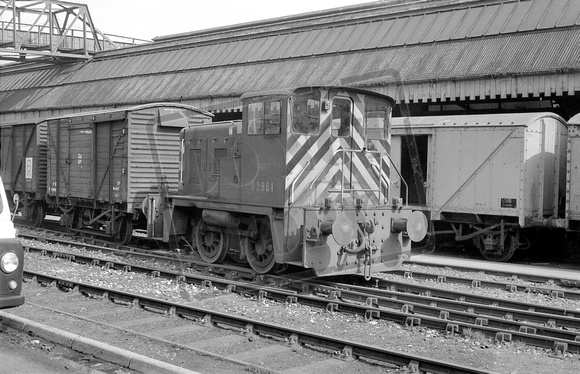 Short wheelbase shunting locomotives in docks and quaysides had been used since the advent of railways. Just 20 of these '02' class were built, intended for just such work. Within 10 years they had become redundant, victims of road trtansport, containerisation and declining rail freight traffic.
Fleetwood Docks in April 1965 is the setting for D2861, note the verandah entry door to the cab!