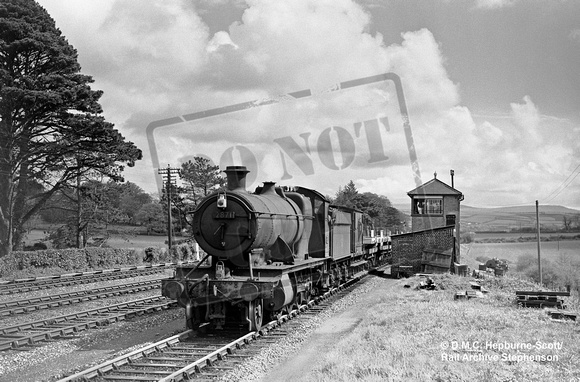 Peter Kerslake says "A sunlit scene from the eastern approach to Plymouth and the one in forty two drop down Hemerdon bank which lies just ahead for 2871 as she is held in the loop with a train of oversize concrete castings perhaps for the Tamar bridge, and waiting a clear road down to Plympton with a freight.
The southern slopes of Dartmoor are visible in the right background and the loco carries an 82D Westbury shedplate although 2871 had been allocated to Croes Newydd a few years earlier moving there in February 1962."