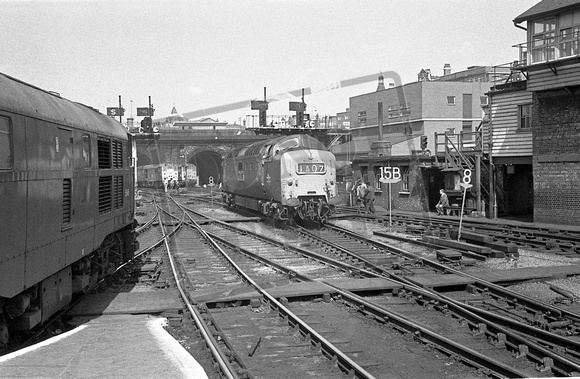 Peter kerslake says "Plenty of activity here at Kings Cross with Deltic 9002 "The King's Own Yorkshire Light Infantry" backing out from her arrival platform over to the "Passenger Loco." stabling and servicing yard following her arrival from the North.
This locomotive, the third of her class, entered service fom her home at Gateshead depot in March of 1961, remaining in service until January of 1982, then being one of the last four survivors of her class."
Powered by ZENFOLIO User Agreement
Cancel
Continue