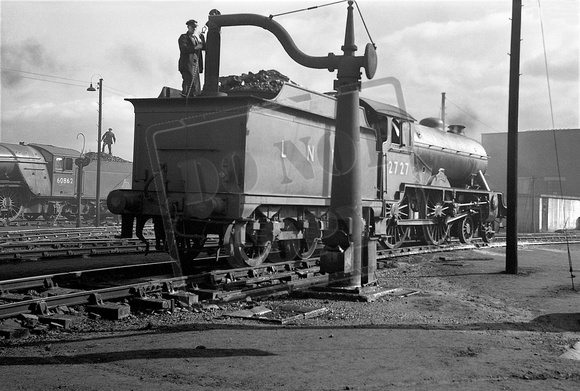 An early 1948 BR scene at York MPD sees 'The Quorn' still in LNER livery whilst adjacent 'V2' No. 60862 has received it's new identity. It's vaguely ironic that the preserved Great Central Railway in Leicestershire has Quorn Station as a focal point for hunting packs - of railway enthusiasts!