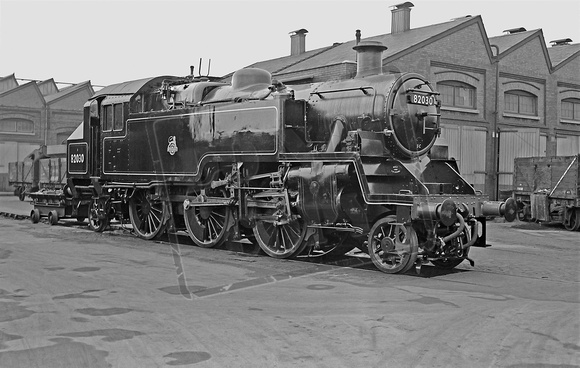 Seen outside Swindon Works, newly-built 82030 one of 45 in the class, has yet to be released to traffic. They had a design life of 40 years but events transpired to make even the longest in service achieve less than nine years. None were preserved, so the '82045 Steam Locomotive Trust' is in the process of building a new class member.