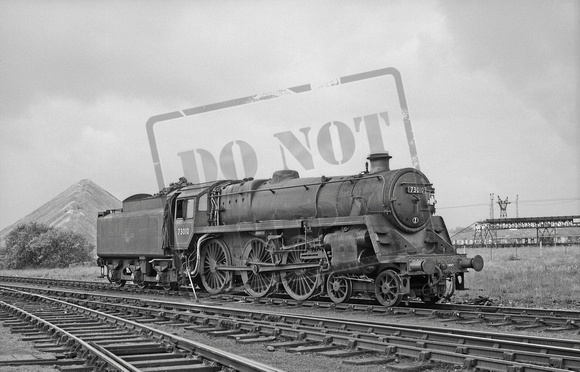 This early 1960s view of the rather stark surroundings at Annesley MPD in Nottinghamshire, illustrate the then commonplace colliery spoil-heaps that populated the Nottinghamshire coalfield. The spoil was carried by cable-attached buckets that were tipped at the summit. Almost all of these man-made hills have since been levelled or 'softened' and planted with trees to make attractive country parks.