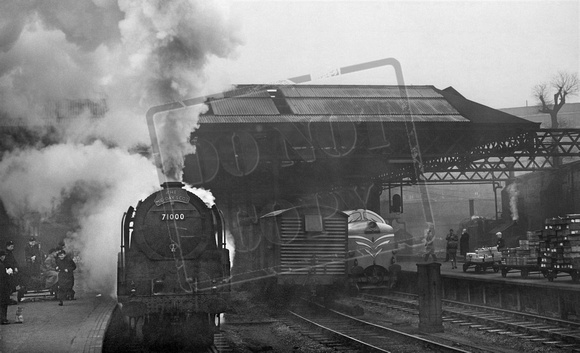 A busy scene at the old Euston Station on a very gloomy February day in 1957. 'Deltic' is ready to depart with the 13:35 down express for Perth while 'Duke of Gloucester' has the 13:30 'right away' with the 'Mid-Day Scot' for Glasgow, much to the excitement of the adjacent schoolboys.
© Ken Widd-SA Collection
© Ken Widd-SA Collection
Powered by ZENFOLIO User Agreement
Cancel
Continue