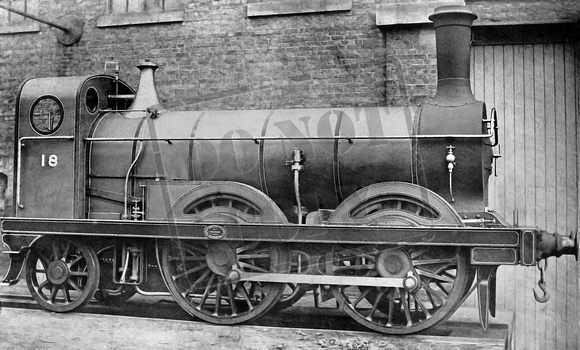 This is the first Locomotive built at Doncaster Works (a/k/a 'The Plant'). This historic image has been restored from a badly degraded original print. The 'Plant' at Doncaster was opened in 1854 but only for repairs and maintenance. This humble Patrick Stirling 0-4-2, was the first of over 2,000 steam locomotives built in the town. Previously, GNR locomotives had been built at Boston, Peterborough and by outside contractors.