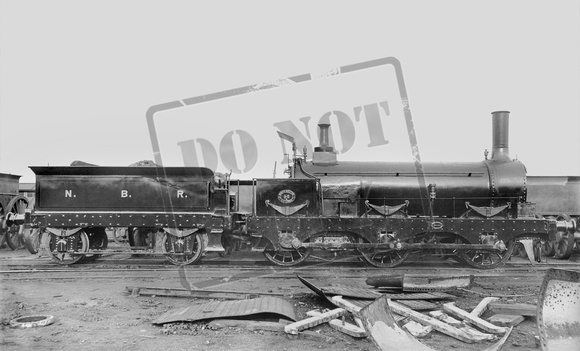 This locomotive was built for heavy goods haulage on the NBR's Hawick route. It must have been well regarded to have been rebuilt twice and given over 60 years of service. Restored from an original period 8"x10" print.