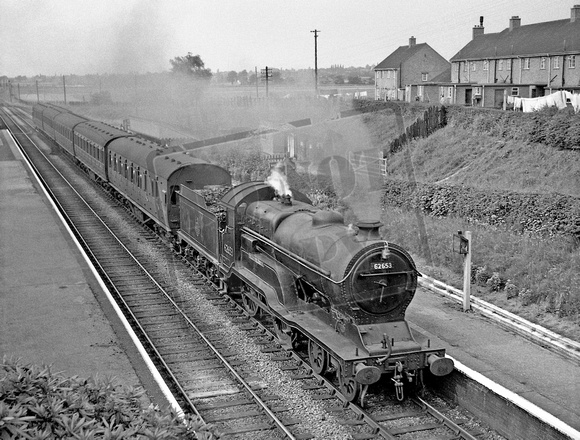 On former Cheshire Lines Committee metals, 'Sir Edward Fraser' has stopped in July 1954 at Ashley Station on the Chester to Manchester Piccadilly route via Northwich, Knutsford, Altrincham and Stockport. Sir Edward Fraser (1851-1921) was a GCR Director and became Mayor of Nottingham.