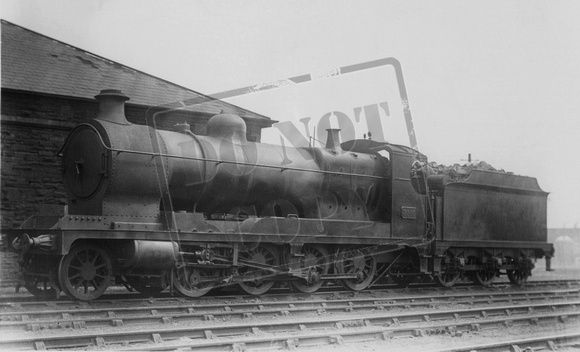 The former Great Western " ROD " class numbered 3040 shown here was one of the second batch of eighty of this design purchased by the G.W.R. in 1925 and numbered as 3020 to 3099 , those numbers running on from the initial twenty purchased in 1919 as 3000 to 3019 .
Of this second batch the best thirty examples were overhauled at Swindon soon after coming into GWR ownership , whilst the remaining fifty , which did not go through the Works , lasted in service just for three years or thereabouts.
During the second war years 3040 seen here was shedded at Pontypool Road , the principal Motive Power Depot for the class in later years , with seven still on its books as late as early 1956 , from where they worked freights to such places as Worcester and the like.
The class survived until October of 1958 when 3011 , 3015 and 3024 were condemned from Carmarthen, and sadly none were preserved.
© Rail-Online
Powered by ZENFOLIO User Agreement
Cancel
Continue