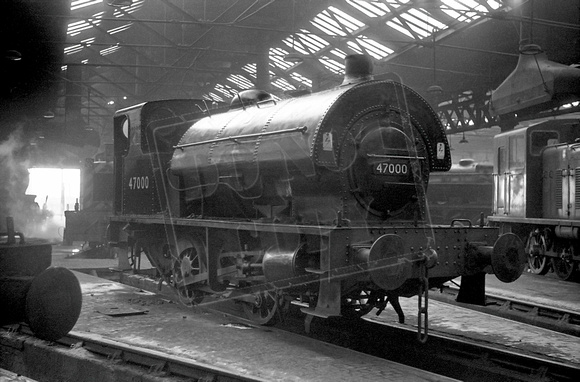 The gloom of Derby MPD is brightened by the appearance of the first of the LMS 'Kitson 0F' class 0-4-0 Saddletanks No. 47000. Designed by Kitsons of Leeds in 1932, they were built in two batches of five, twenty one years apart! 47000 was withdrawn in 1966. Perhaps their most notable work was carried out on the Cromford and High Peak Railway with its notorious gradients, including the 1 in 14 Hopton incline, Britain's steepest adhesion-worked line.