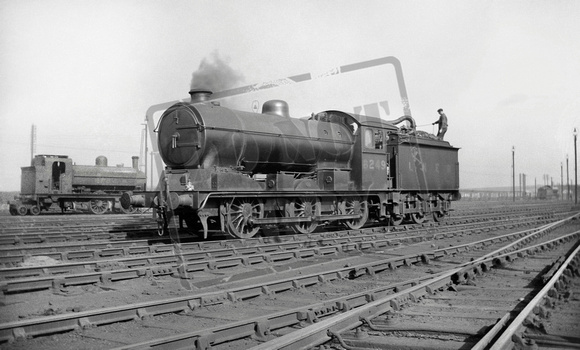 In September 1937, a relatively unusual visitor to Doncaster MPD is 8249 getting a drink of water. It will have worked there up the GN & GE 'Joint line' from March with coal empties. Of note across the tracks is an ex-GNR 'J52' 0-6-0 with its trailing wheelset removed and supported on an accomodation bogie. A trial for a new class of 0-4-4 Tank perhaps?!