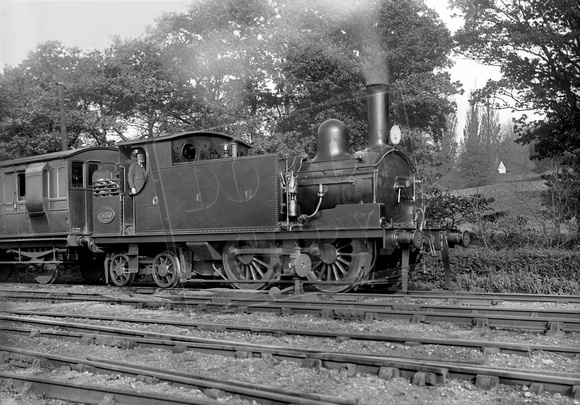 Great Eastern Railway Massey Bromley 'E10' class 0-4-4 Tank No. 580. Built at Stratford in May 1882, rebuilt with larger cylinders, enclosed cab and coal rails in December 1895 and withdrawn in December 1906. This scarce image of 580 was taken at Wivenhoe on the GER's Brightlingsea branch in Essex, probably in the late 1890s. Designed by Massey Bromley whose short tenure as the GER's CME from February 1878 ended with his resignation in August 1881. In July 1884 his life was tragically cut short near Penistone when a MS&LR locomotive crank axle failed, causing the coaching stock to derail and killing 24 passengers including Bromley.