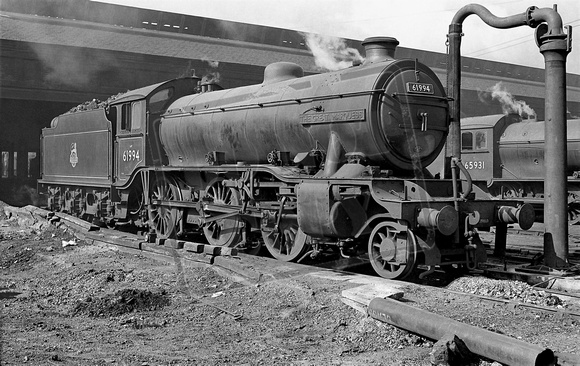 Seen in the gritty environs of Eastfield MPD in Glasgow, 'The Great Marquess' is seen in June 1956 before her preservation days. It is a truly sobering thought that 23 years in LNER/BR service have now been followed by over 60 years in preservation! Incidentally, James Graham, 1st Marquess of Montrose (1612-50) was a Scottish nobleman and soldier, lord lieutenant, later viceroy and captain general of Scotland. His eventful life and grisly death are worth a read!