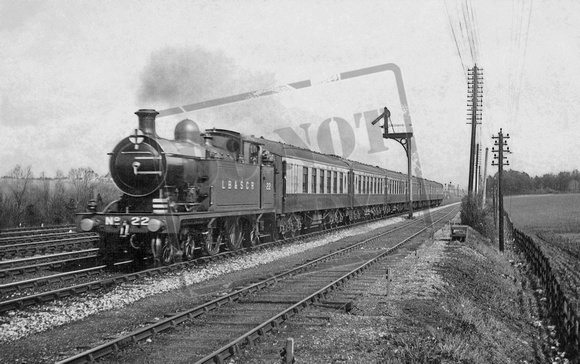 This is a 'rescued' photograph from a tiny, faded contact print.The photographer was the delightfully named 'Wentworth S. Gray' who was kind enough to put his name on the print's reverse! Racing along at Stoat's Nest near Purley in Surrey with a fine rake of Pullman coaches, 22 must have made a very colourful sight. It was third time lucky for Douglas Marsh because his previous 'I1' and 'I2' Atlantic Tanks had been very poor affairs.