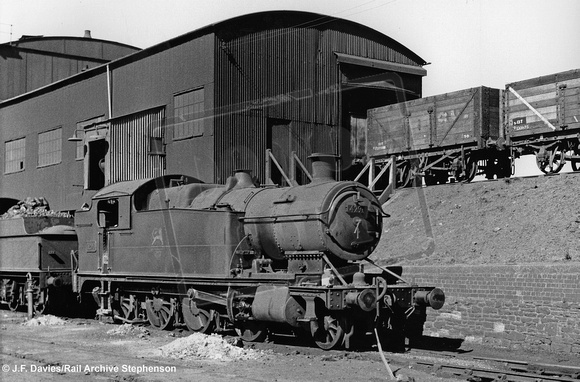 Peter Kerslake says "A fine portrait of Newport Ebbw Vale's heavy mineral tank 4290 here at Severn Tunnel Junction in Aprilof 1957, the class having been a development from the 2-8-0 class "2800" tender engines and built to fulfil a need for the increasing volume of South Wales coal, coke and mineral rail traffic in the early 1900's.
Initial plans had been for a design based on a 2-8-2 tank engine and when after the first war such traffic declined a number of the class were rebuilt at Swindon into such 2-8-2 form with extended frames and a larger capacity coal bunker increasing its capacity by two tons to a total of five and a half tons thereby enabling them to work longer distances from Wales."