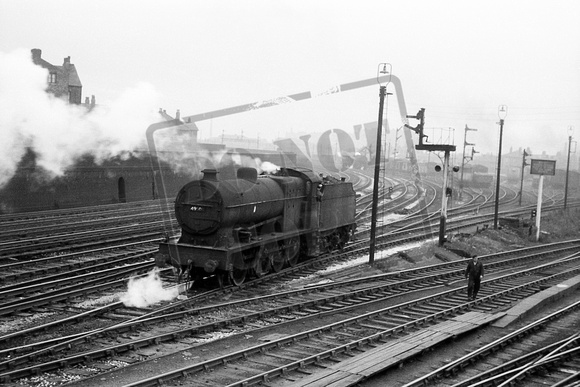 David had read in the press that just a handful of this class were still in traffic at Agecroft so made the trip from Teeside to photograph them. Two were on shed and the foreman told him that this one was on its way to Winsor Bridge and which bus to catch. Upon alighting from the bus 49508 arrived light engine. It collected a rake of brake vans from the yard and departed.