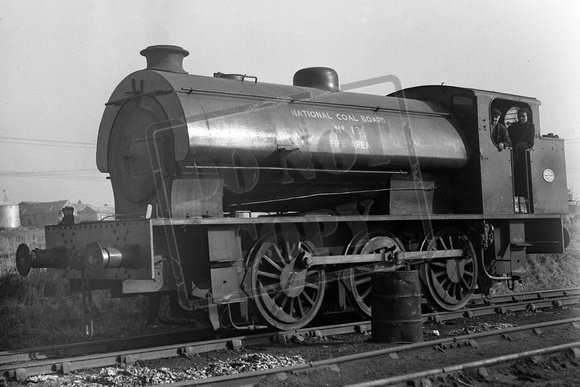 Not a stunning photograph but the engine is one of interest. This was the first Hunslet type saddletank bought by the Wemyss Coal Co for use as a pit shunter in 1945 -before Vesting Day when the NCB came into being. As a result, this engine (RSH 7109/1943) never became WPR property. Seen here at Comrie Colliery, nr Oakley in south Fife where it arrived in December 1967 to replace the withdrawn No 33, but it too would very soon - within weeks - be withdrawn (though the reason is unknown).
No 13’s boiler and firebox were still in good condition and so were bought by the WPR to replace these items on their No 15 which had been wrecked by an NCB crew in the Spring of 1968. The WPR No 15 survives in preservation still carrying the boiler and firebox donated by No 13.