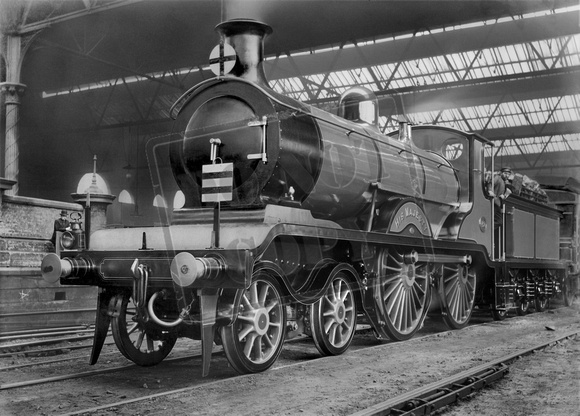 The B4's were allocated the heaviest express trains until around 1912 after which larger and more powerful locomotives were used. They were then used on less demanding services and had long lives in this role. This lovely portrait at Victoria Station in 1903 shows their beautiful livery and graceful lines. 'His Majesty' was the obvious choice for the LB&SCR Royal Train when it took the Prince and Princess of Wales to Portsmouth in August 1902 for their Imperial tour. Note the shed code 'B' for Battersea behind the bufferbeam.