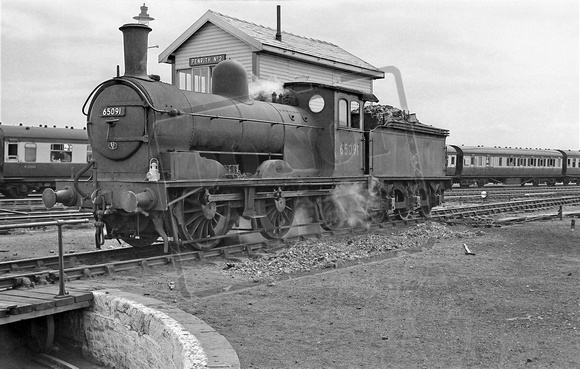 Thomas Worsdell favoured compound locomotives and all 201 of his 'C' class 0-6-0s were built 1886-94 as such. His successor and brother, Wilson Worsdell rebuilt the entire class as 'simples' between 1901 and 1913. The reason was that although marginally less fuel efficient, the cost of maintenance with compound expansion exceeded the benefits. Simple - see? Adjacent to Penrith turntable and alongside Penrith No.2 Box, 65091 awaits it next turn of duty in July 1954.