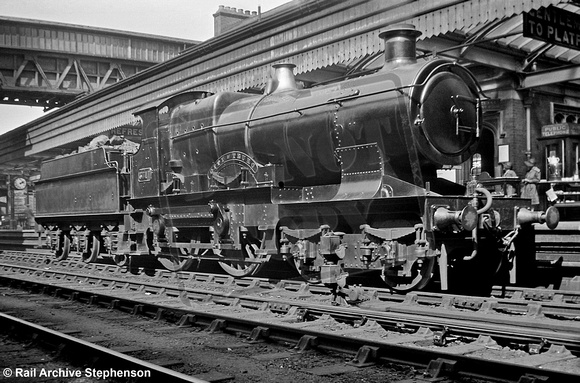 Peter Kerslake says "The renowned "City of Truro" was the eighth of the ten "City" class introduced between March and May of 1903, the pioneer of the class having been 3433 "City of Bath" whilst between 1902 and 1909 ten of the former "Atbara" class were converted into "City" class locomotives bringing the total to twenty.
The "City" class soon became established as Top Link locomotives and "City of Truro's" exploits on Wellington bank in 1904 have been well recorded, the class having been the mainstay of express passenger services between Paddington, Plymouth and Kingswear since their introduction up until 1927 when 3718 , originally 3441 "City of Winchester" was the first to be withdrawn in October of that year from Old Oak Common with 3712, formerly 3435 "City of Bristol" being the last survivor, condemned from Reading depot in May of 1931, whilst "City of Truro" was withdrawn from Shrewsbury in March 1931."