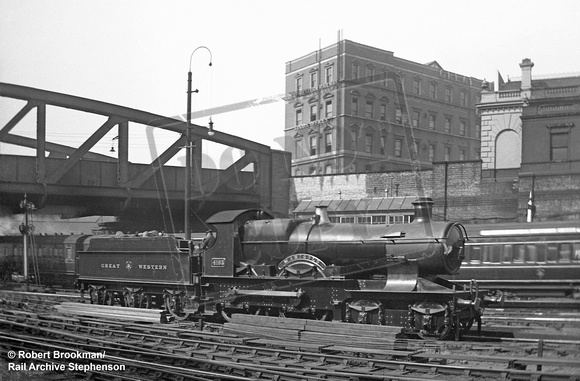 Peter Kerslake says "The G.W.R. "Flower" class were introduce in 1908 when twenty were built by Swindon, baically similar in design to the earlier reboilered "Atbara" class which dated back to 1900, that class eventually totalling forty in number.
4163 "Marigold" recorded here at Paddington in about 1913 emerged from Swindon in July of 1908 and lasted in service until April 1929 when it was condemned from Cardiff depot"