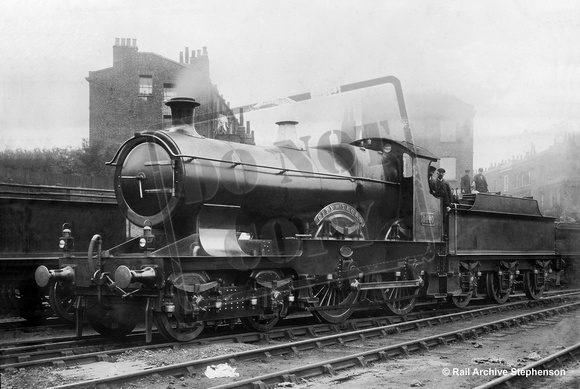 Peter Kerslake says "Bearing its original 3440 number "City of Truro" waits at Westbourne Park where locomotives awaiting their next call to duty were stabled ready to run tender first on to their stock waiting in the nearby Paddington departure platforms.
The eighth of Mr. Churchward's ten members of his "City" class, "City of Truro " was built at Swindon in May, 1903, the class later being enlarged to a total of twenty when nine "Atbara" class were converted to "City" class configuration, the pioneer of the "City" class having been 3405 "Mauritius" which had been converted to a "City" by Mr. Churchward in September of 1902 during his first year in the post of Locomotive Superintendent with the first true "City" class being 3433 "City of Bath", built in March of the following year, 1903.
Shown as being from about 1904 was this image from shortly before, or shortly after "City of Truro's" epic dscent of Wellington bank into Taunton that same year, I wonder ?"