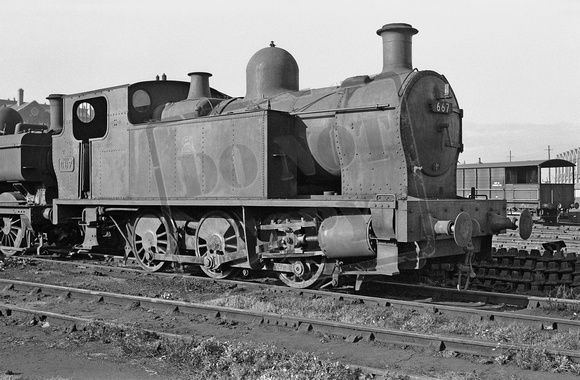 Ex-Alexandra Docks & Railway Co. (of Newport) 0-6-0 Tank No. 667. Built by Kerr Stuart of Stoke-on Trent in Aug. 1917 for the MOD then becoming AD&R No. 35 and withdrawn in Nov. 1954. Although 667 has received a GWR boiler and safety valve bonnet, she is still recognisable as not being of GWR origin. Already withdrawn when this photograph was taken at Swindon in January 1955, she awaits her inevitable fate.