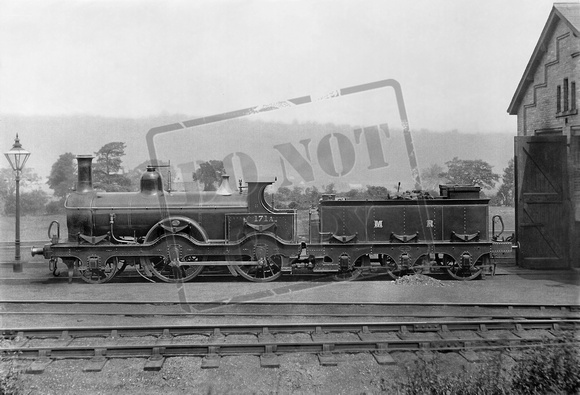 Midland Railway Kirtley '170' class 2-4-0 No. 171A. Built by Beyer Peacock of Manchester in Feb. 1867 as MR No. 171, rebuilt in Dec. 1881 and withdrawn in Jan. 1898. Acquired at a car boot sale, the original 8x10 photo had faded to a barely discernable pale yellow. Two questions. Could it be restored and where on earth was it? The details of 171A were relatively easy to research but the location was really tricky. The joint Midland Railway and North Eastern Railway shed at Ilkley in the 1890s was the eventual answer to the second question. I'll leave it up to you to answer the first!