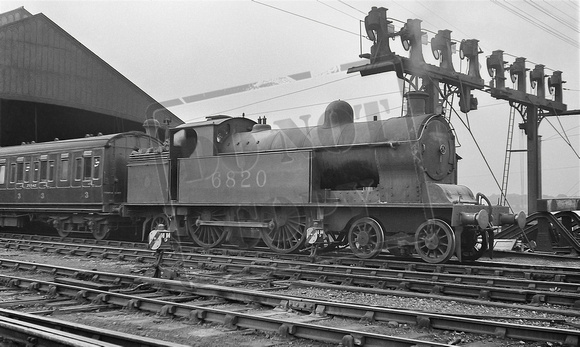 They were quickly eclipsed by both Fowler and Stanier 2-6-4 Tanks. Comparisons showed the newer machines has 20% better fuel consumption and 15% lower maintenance costs. The timekeeping was greatly improved, the 'Precusor Tanks' being described as "rough, sluggish and difficult to fire". Thus their days were numbered, but not before Les Hanson captured 6820 at Rugby with an up train starting from the south bay platform in August 1938.