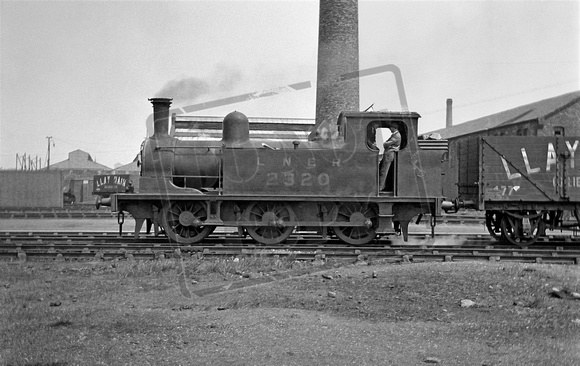 The LNER was at liberty to move locomotives that would have been 'foreign territory' in pre-grouping days. Thus 'J72' No. 2320 finds itself in the docks at Birkenhead shunting coal wagons that have come from Llay Main Collieries in Wrexham. I hope this Geordie understands the local accents!