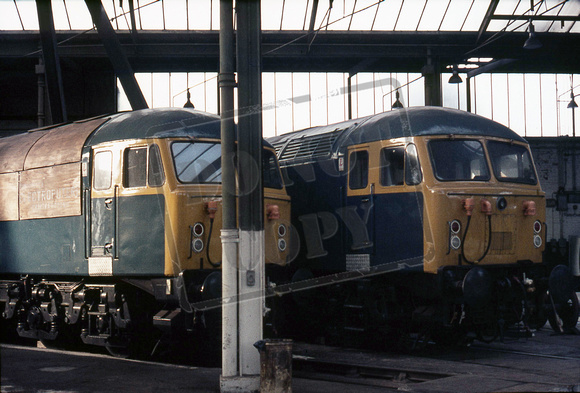 There were a few of us that made the pilgrimage to Barrow Hill on a Sunday in order to creep round the deserted shed in order to see the newly delivered Romanian 56's. The first two went new to Tinsley, but the next few went to Barrow Hill. When deliveries stepped up Tinsley was soon swamped with them, coommisioning taking longer than expected due to many problems. This was probably 56008 and 56009.
Peter Hall Adds "Almost certainly 1977. Those stored at Barrow Hill at various times before commissioning were 56008/09/10/14/15/16/17/18/19/20/25/26"
It was found that the Romanian workmanship was unbelievable! Each fitter employed had used his own pipe runs for both the engine and electrical services; not one part could be interchanged with the other imported machines!
© Rail-Online
Powered by ZENFOLIO User Agreement
Cancel
Continue