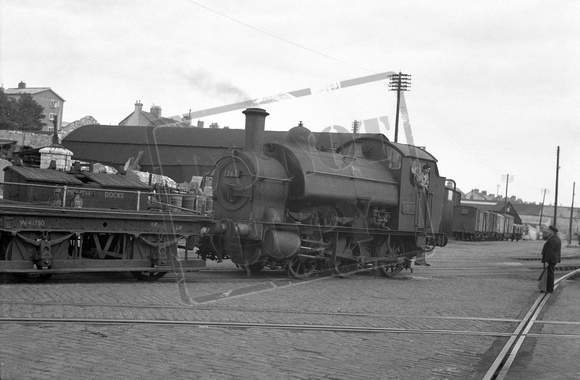 Laira shed had a couple of these little Saddletanks in the mid 'fifties , and it was here at the former G.W.R .Millbay docks that one would often be seen, although they were also employed on other freight duties in and around Plymouth .
Millbay docks , just down from Millbay station , was where the Trans Atlantic liners running between New York and France and calling into Plymouth Sound en route , would have the vast amounts of mail offloaded by tenders running out to the ships from here , and there was always plenty of work for these little engines .
It was here that the Ocean Mail Boat Trains would be made up , ready for their non stop and rapid run up to Paddington.
© Rail-Online
Powered by ZENFOLIO User Agreement
Cancel
Continue