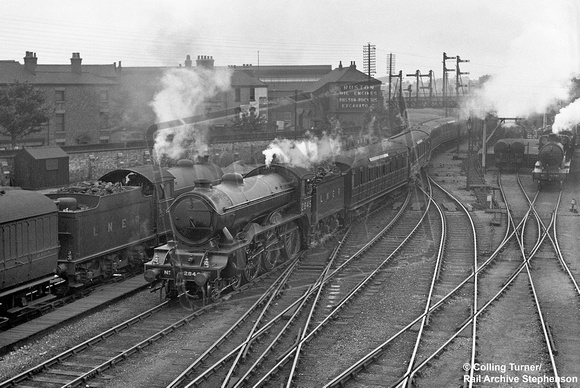 B17 4-6-0 No 2845 The Suffolk Regiment enters Lincoln Central with down North Country Continental from Harwich to Liverpool in 1937.
Peter Kerslake says "With the famous Ruston Engineering Works in the background and advertising its Oil Engines and Excavators on its wall this overhead view of 2845 shows the Regimental crest below the nameplate. It was one of the last seven of the 42 in the second batch of the class which came from Darlington Works between August 1930 and June 1936 the engine is early in its first full year of service and lasted until February 1959."
Photo: Colling/Turner Rail Archive Stephenson
Colling Turner/Rail Archive Stephenson
Powered by ZENFOLIO User Agreement
Cancel
Continue