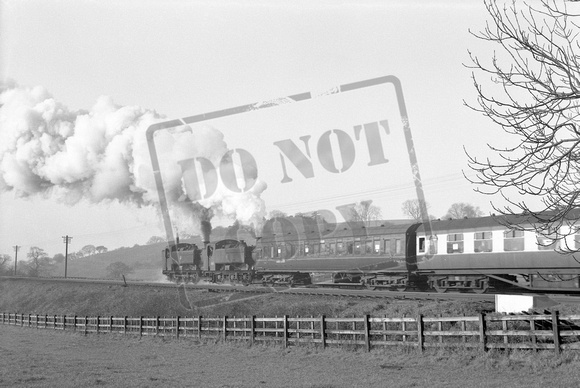 What an absolutely splendid shot of two of the Western Panniers doing their best on the Lickey , banking a Northbound passenger working up the two mile grade.
Arriving as a possible contender for banking duties in July , 1956 the little 8402 was joined that Winter by a number of her sisters until there were no less than seven of them at Bromsgrove , acquired from a number of widespread Western Region sheds .No.8402 and another ‘94xx’ are half-way up the bank on a hceavy passenger train. It left for Gloucester Horton Road in September 1964, only to be withdrawn a few weeks later. Unlike most of its classmates, it was probably worn out after its exertions on the Lickey.
© Rail-Online
Powered by ZENFOLIO User Agreement
Cancel
Continue