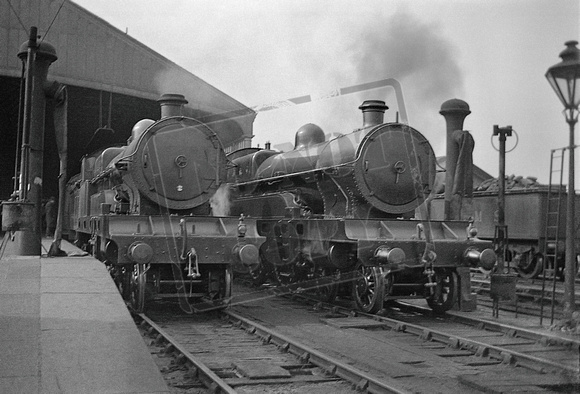 A pair of Bowen Cooke's elegant 'Claughton' class 4-6-0s await their departures from Rugby in March 1932, the one on the right is on the Up through road. The L&YR's 1922 amalgamation with the L&NWR was the reason for the naming of 5929 after Sir John Aspinall, the former CME and General Manager of the 'Lanky'.